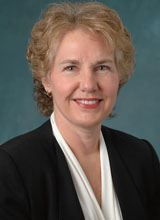 Dr. Craighead received her B.A. at Vanderbilt University, and her M.S. and Ph.D. from The Pennsylvania State University. As an undergraduate, her interest in health developed out of work on an honors thesis with an advisor who was a weight loss researcher. Prior to accepting her current position at Emory in 2006, Craighead held faculty positions at Penn State; the University of North Carolina, Chapel Hill; and the University of Colorado, where she also served as Director of Clinical Training. At Emory, her primary appointment is in the Department of Psychology, where she is now Director of the Clinical Program. She is also a staff member at the Emory Student Counseling Center, where she develops programs to address eating concerns on campus. Additionally, Craighead holds a joint appointment in the Department of Psychiatry and Behavioral Sciences that allows her to collaborate with colleagues on clinical research.

From her clinical work with binge eating and bulimia, she developed a specific approach to eating in The Appetite Awareness Workbook: How to listen to your body and overcome bingeing, overeating, & obsession with food (2006). This approach, which can be used independently or with the help of a therapist, encourages people to use "appetite awareness," not "diets," as their guide to making decisions about eating; and sets out a six- to eight-week, step-by-step plan to learn exactly how to do it. Craighead's approach shifts a person's typical, external focus on the food he or she eats to an internal focus on the way he or she feels, physically and emotionally, during and after eating. Craighead has trained many therapists, counselors and dieticians to use this approach in weight loss programs, and as part of psychotherapy for eating disorders. For Craighead, publishing The Appetite Awareness Workbook meant achieving an important life goal: to combat eating disorders by reaching and helping as many individuals as possible.

Above excerpt taken from http://www.emory.edu/PROVOST/greatscholars_old/lindacraighead.htm
Powered by